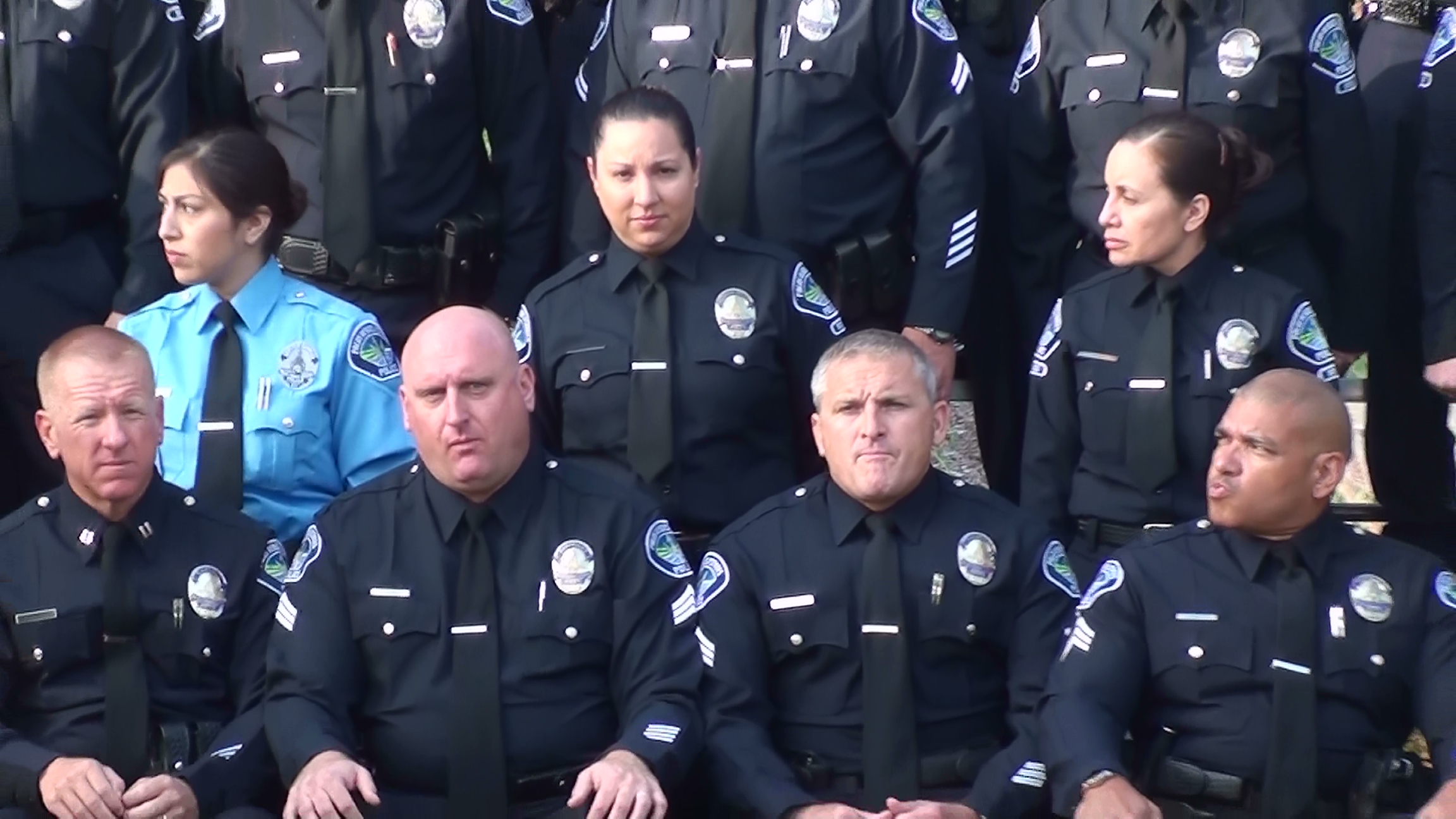 Despite the current anti-police hysteria in America (eg., Black Lives Matter, etc.), it is reasonable to assume most police officers are honestly engaged in law enforcement.  However, especially in a small town with very little police department oversight or accountability, police misconduct can run terribly amuck. In the case of the globally notorious Palos Verdes Estates Police Department (click here and here), various corrupt officers engage in selective and non-enforcement of local, state and federal laws according to who the officers favor or disfavor.

The following are the typical ways that corrupt police officers may work against the innocent defendant's interest.

Details of corruption and misconduct by the Palos Verdes Estates Police Department, headed by Chief Mark Velez during part of the relevant period, can be viewed here.  The PVEPD not only violated explicit written department policy (by failing to audio-record false accusations by a resident the department favored) but also repeatedly provided the false accuser with explicit guidance on how to preclude exculpatory (Brady) evidence from becoming available to the falsely accused.

The following is a preview of forthcoming sub-page (http://www.defendant.com/back-story/palos-verdes-estates-police-department/)

Officer Karli Pooler:  In October 2017, former parking enforcement officer Karli Pooler committed the most serious act of police misconduct - fabricating a claim to have witnessed an allegedly criminal act that never occurred.  Specifically, Karli Pooler falsely claimed that while she was

driving around in her Parking Enforcement truck to have witnessed Defendant.com's founder operating a drone on a specific date on which the latter never even touched the control device of any drone.  This was fabricated by Pooler in order to assist her misconducting fellow officers (Venegas, Barber, Belda, Gaunt, etc.) in their patently obvious effort to aid and abet the malicious prosecution by Cindy and Dan Dunbar.  To be clear, there is NO chance that Karli Pooler actually witnessed what she claimed; this never occurred.  Fortunately, contradicting testimony from a credible witness, combined with circumstantial evidence and the sheer absence of any evidence corroborating Pooler's fabrication, no related charge was brought against Victim.  Victim's attorney seeks to have Pooler subject herself to polygraph to prove her guilt in this vicious crime. 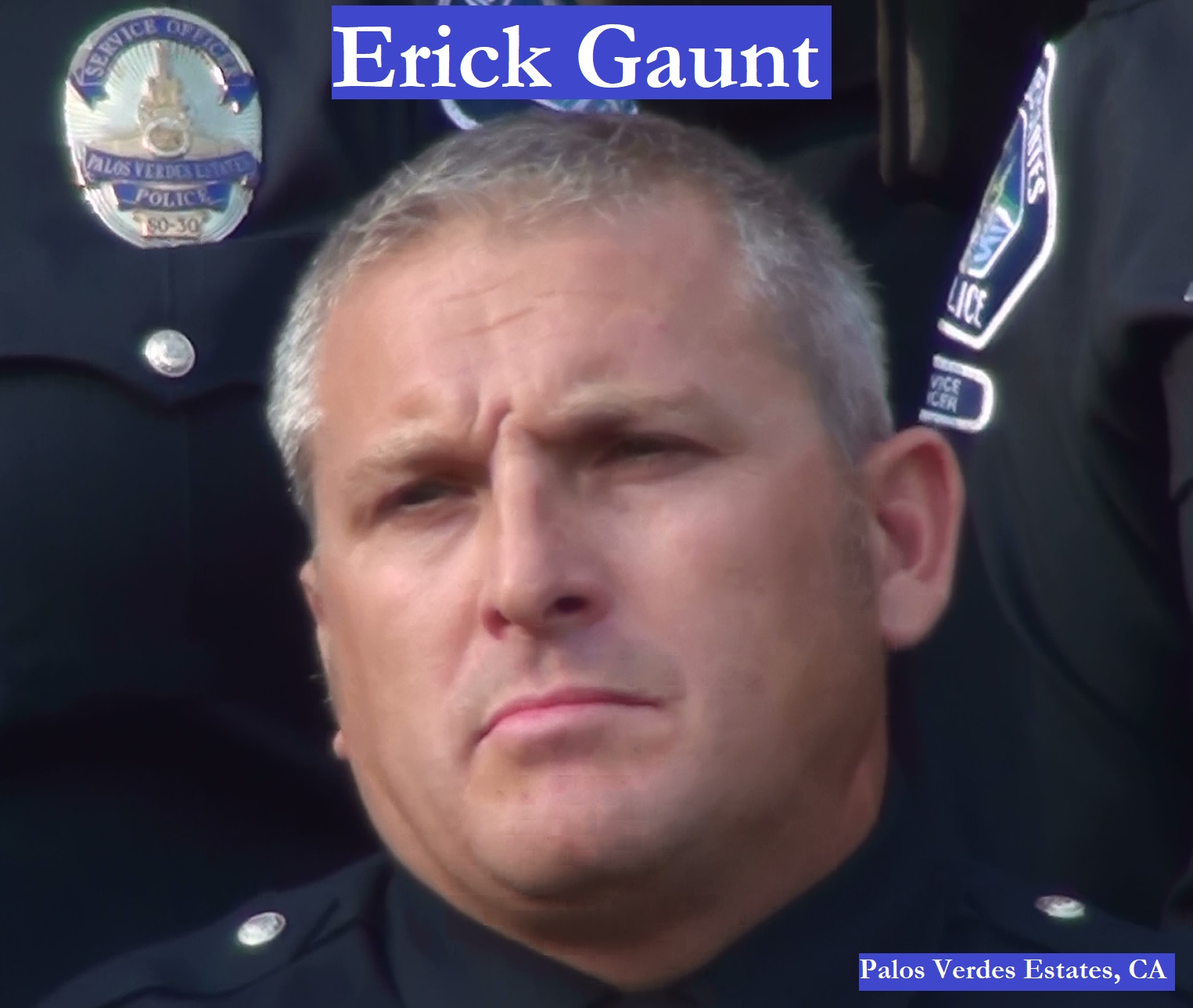 Verdes Police Department. In October 2017, a self-proclaimed "excited" officer Erick Gaunt deceitfully misinformed the false accuser that the Victim was within weeks of being arrested.  The Victim not only never was arrested, but he never even spent a minute in a courtroom (his attorney represented him in all hearings).  This same Erick Gaunt allegedly had engaged in police misconduct in 2013 during his re-submittal of a Victim-related investigatory report to the District Attorney.

.  While a sergeant under Chief of Police Dan Dreiling, Steve Barber gained the dishonor of being perhaps the only senior officer ever to be demoted to a lower level.  In 2015, Steve Barber's friendship/relationship with the criminally accused Lunada "Bay Boys" surfer gang was a focus on many in the community.  In 2017, Steve Barber was video recorded engaged in alleged police misconduct related to Victim.  This misconduct was reported to PVEPD Chief Mark Velez and appears to have led to an internal affairs investigation of Steve Barber. 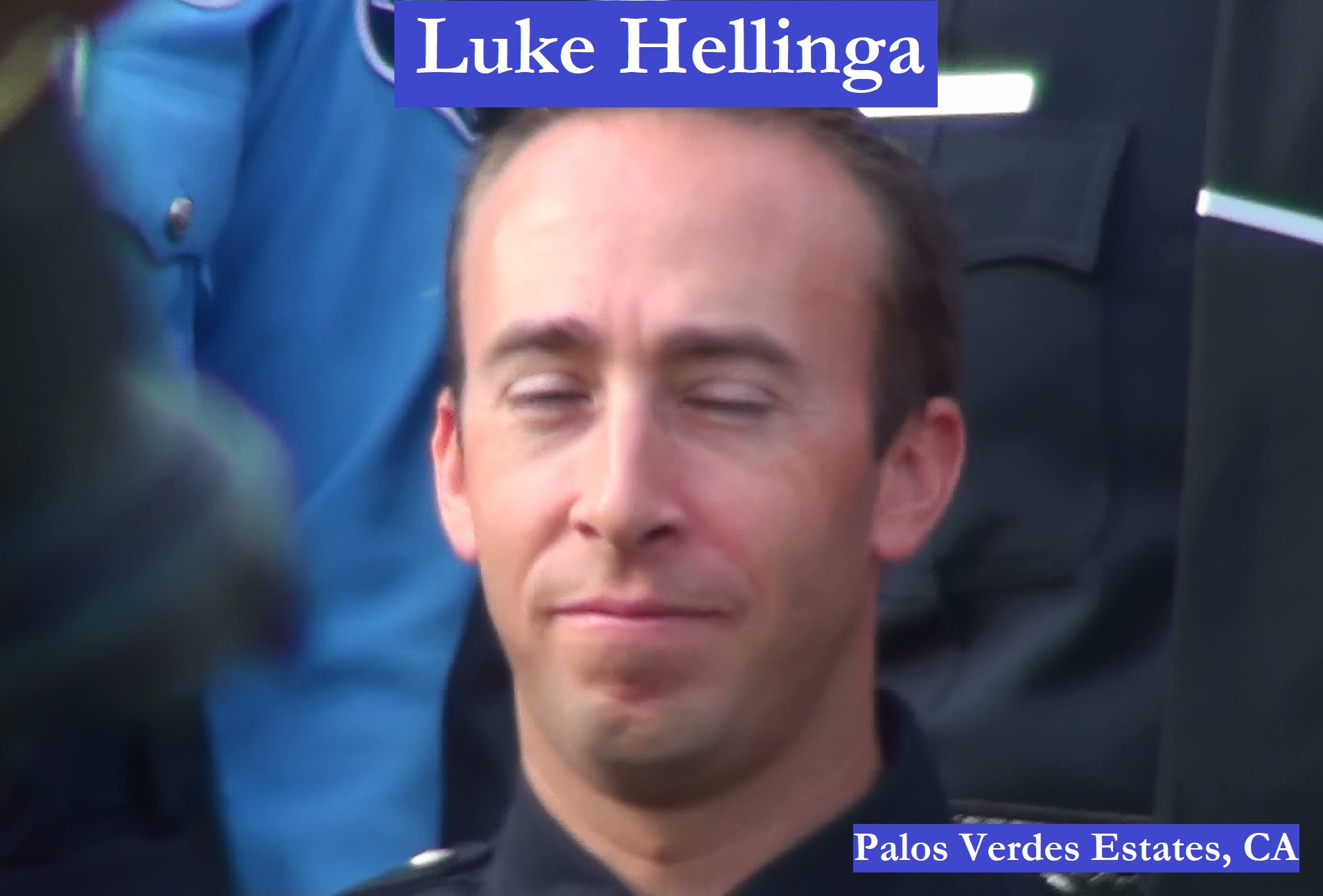 exposed in this regard when an E-mail he sent to the false accuser was provided to Victim during the 2017-2019 discovery process.  Furthermore, over the course of over a decade, police captain Luke Hellinga developed a reputation amongst certain Palos Verdes Estates residents for an incomprehensible deficiency in law enforcement.  Captain Luke Hellinga became notorious for refusing to issue citations to residents whose votes he would need every 9 years to tax residents' homes to fund the PVEPD budget consuming an astounding 55-70% of PVE's citywide budget.

Fmr. Chief of Police Mark Velez:  Mark Velez is considered by Defendant.com to be the most corrupt chief in PVEPD history.  Under Velez's leadership, police officer misconduct not only was systemic but reportedly rewarded by Velez.  In 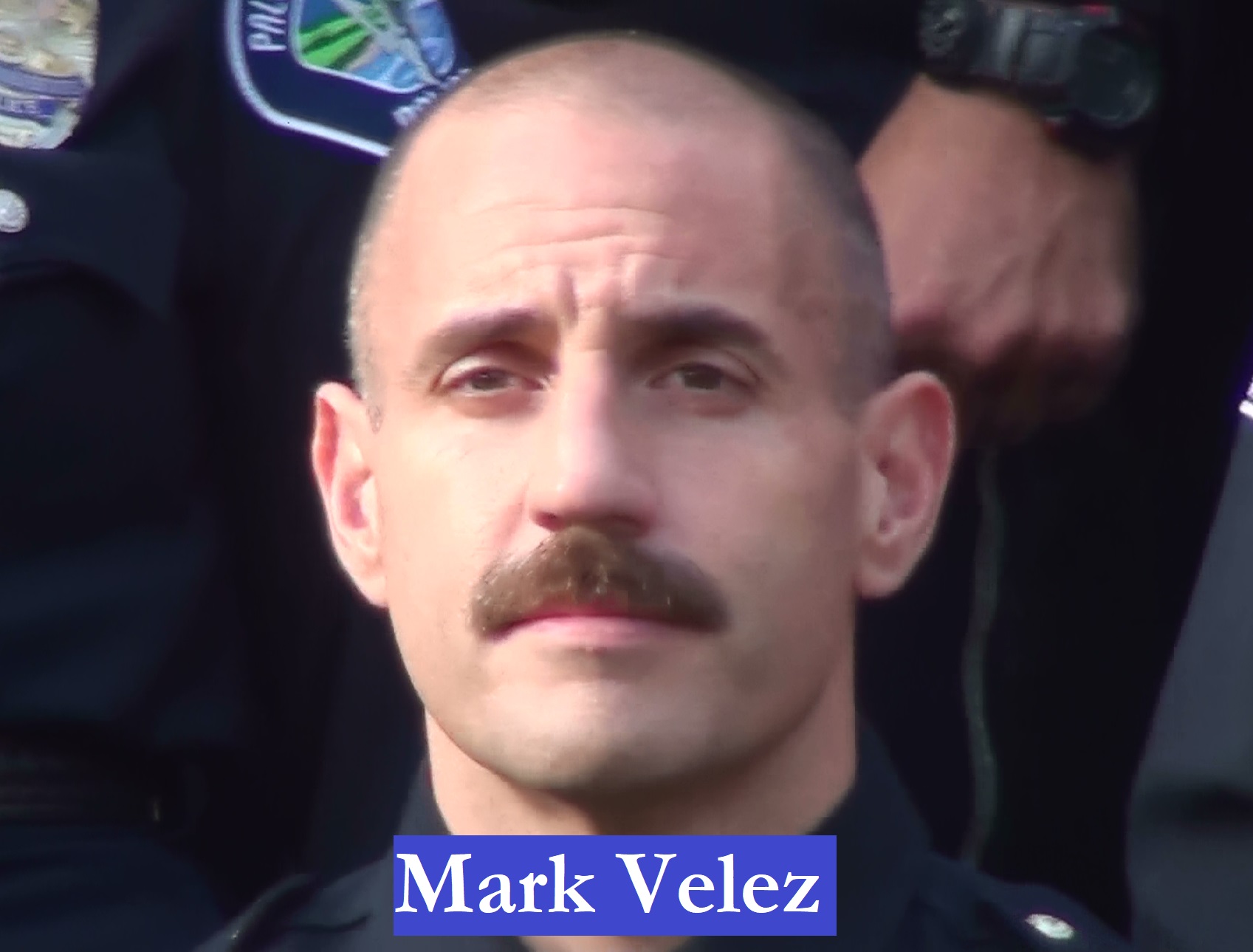 an example reported by officer Aaron Belda to former Chief of Police Dan Dreiling, Velez instructed Belda to attempt to bring an invalid robbery (211) charge against a PVE resident in retribution for his insisting on an internal affairs investigation of a PVEPD dispatcher (Hazel Menendez).  In an incredible conflict of interest, evidence exists that Velez was moonlighting as a criminal defense lawyer while also a PVEPD captain working with the District Attorney to prosecute criminal defendants.  While under Velez's leadership, in 2018 the PVEPD and its union disseminated knowingly false propaganda in order to deceive PVE voters into passing a parcel tax that partially funded the PVEPD.  The list of reportedly unscrupulous acts by Mark Velez is far too long to list here. 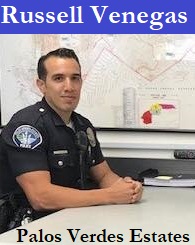 alleged crimes.  Russell Venegas also failed to highlight to the District Attorney materially contradictory testimony of Dan and Cindy Dunbar - behavior that further impeached their credibility and supported allegations of perjury.  According to defense attorney J. Patrick Carey, Russell Venegas had failed in his effort to obtain a law degree and become a practicing attorney.

Sgt. Aaron Belda:  Belda is viewed by Defendant.com to be the most corrupt police officer in the Palos Verdes Estates Police Department.  Aaron Belda, in an act of apparent bias and discrimination, in 2012 falsified repeated, written and verbal victim-corroborating witness testimony.  This detailed, written and reiterated testimony clearly exhibited that the phone properly and legally obtained and used by a defenseless, naked PVE assault victim to call 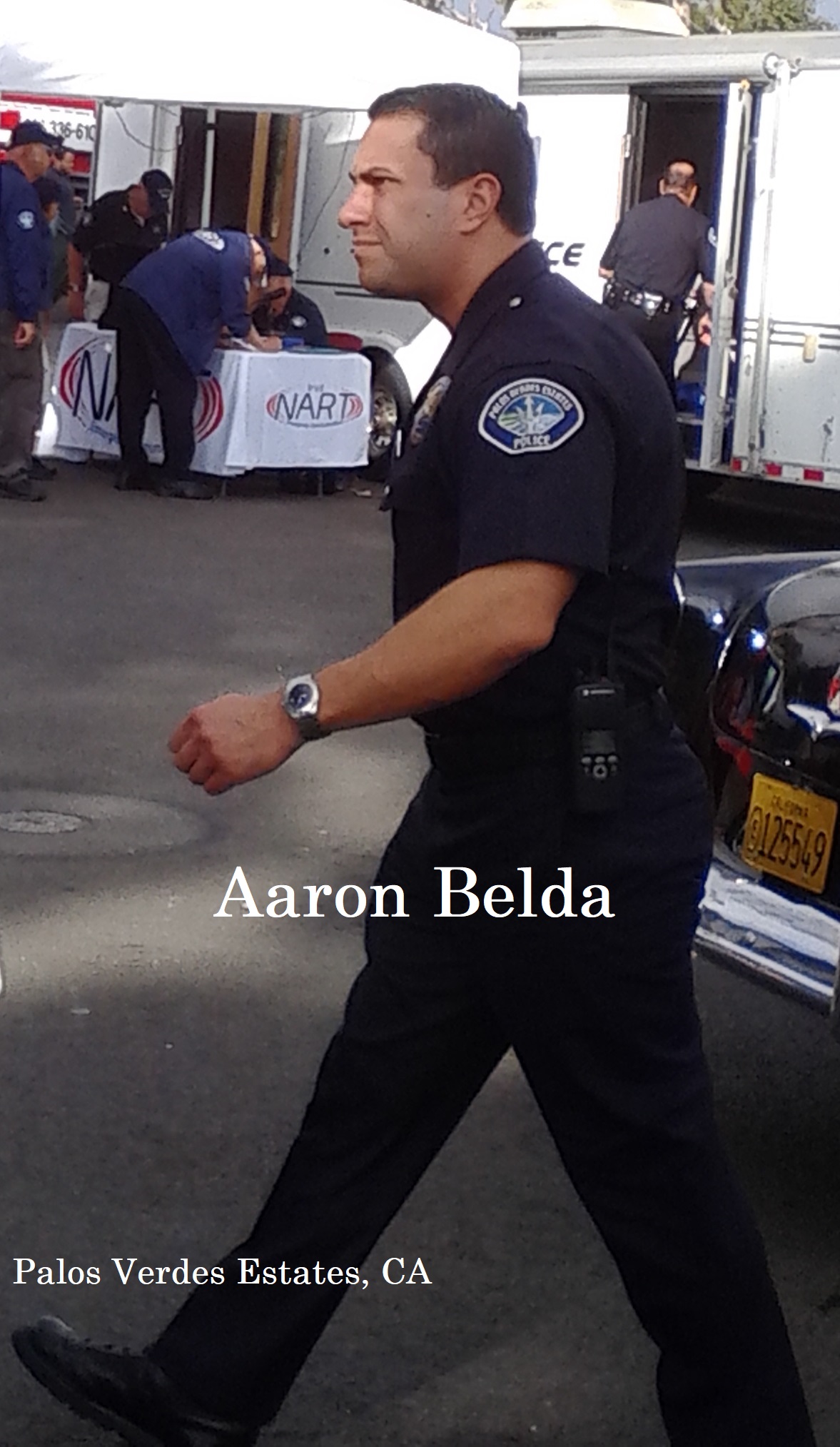 for never-dispatched police assistance was not taken by force (robbery) from trespassing/attacking assailant.  Appallingly, no warrant for the arrest of the assailant ever was issued by the PVEPD, which waited nearly five days to assign the investigation to Aaron Belda, who then waited until days later to conduct his assailant phone and E-mail interviews (the latter of which included Aaron Belda wishing the assailant  "Happy Halloween to you too").   The assailant never was called into PVEPD for in-person questioning.  Aaron Belda's misconduct reportedly was internally investigated by the Palos Verdes Estates Police Department two times in 2015 alone. The subject of one of those investigations focused on an October 2013 sex-related incident involving Aaron Belda allegedly keeping Nadia Amer in his apartment while her husband was searching for her outside.  Despite being investigated repeatedly by the PVEPD, Aaron Belda continued his corrupt misconduct.  In August 2016, Belda unsuccessfully attempted to deceive the District Attorney into bringing unsubstantiated charges against a PVE resident by making false declarations relating to a non-existent crime. In July 2017, Aaron Belda violated explicit PVEPD written policy requiring the audio recording of the false accuser's verbal statements when she falsely reported alleged crime.  Police sergeant Aaron Belda also received global notoriety for his reported mishandling as lead officer and first-on-the-scene to the death of Linkin Park lead singer Chester Bennington (click here).

Chief of Police Tony Best:  After being passed over 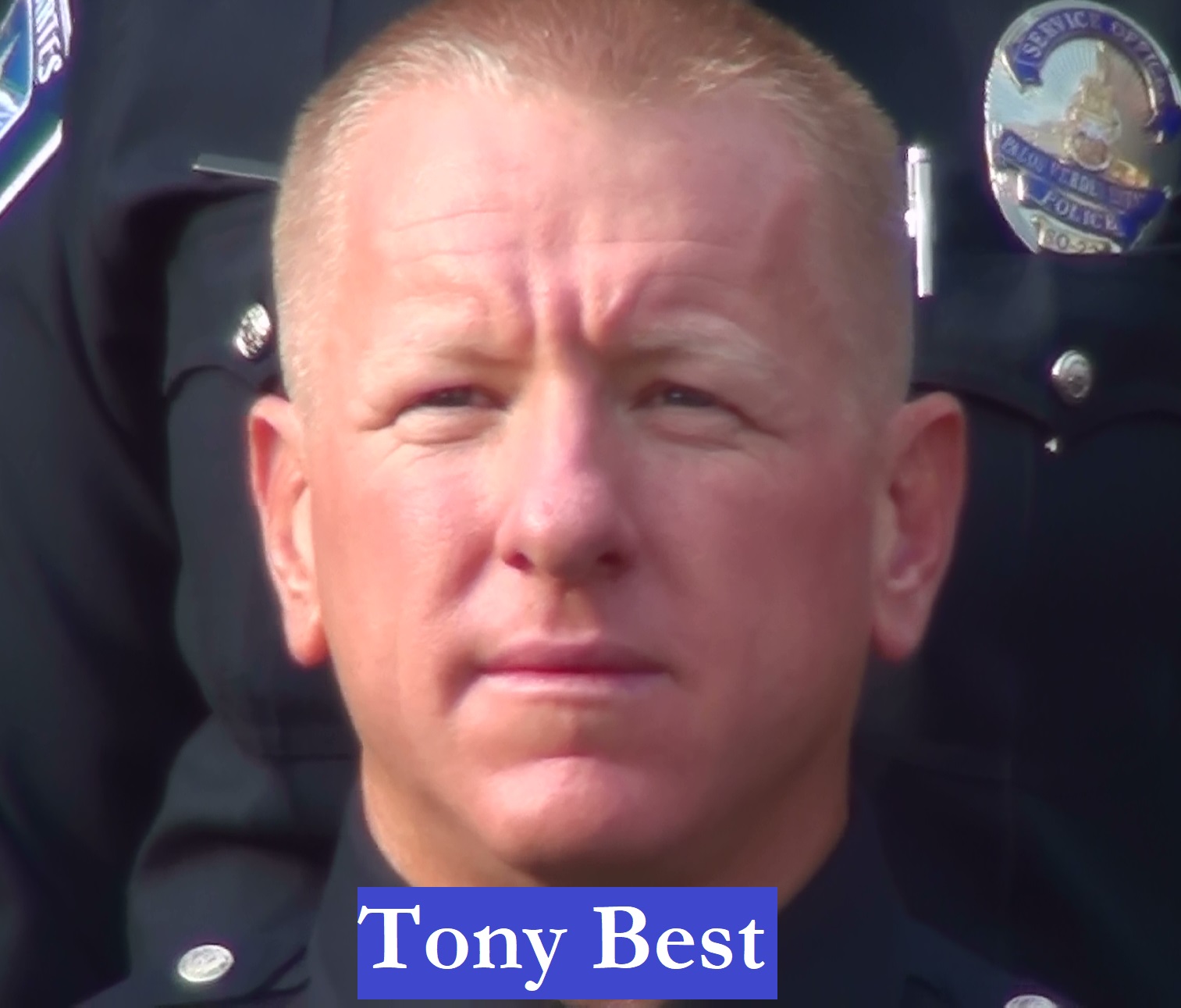 repeatedly for the Chief position, allegedly violated various civil rights of citizens campaigning to have PVEPD replaced by Los Angeles Sheriff Department.  Tony Best finally was appointed to the Chief's position after Mark Velez determined to make practice criminal defense law without the apparent conflict of being a PVEPD officer sworn to investigate and help prosecute criminal defendants. 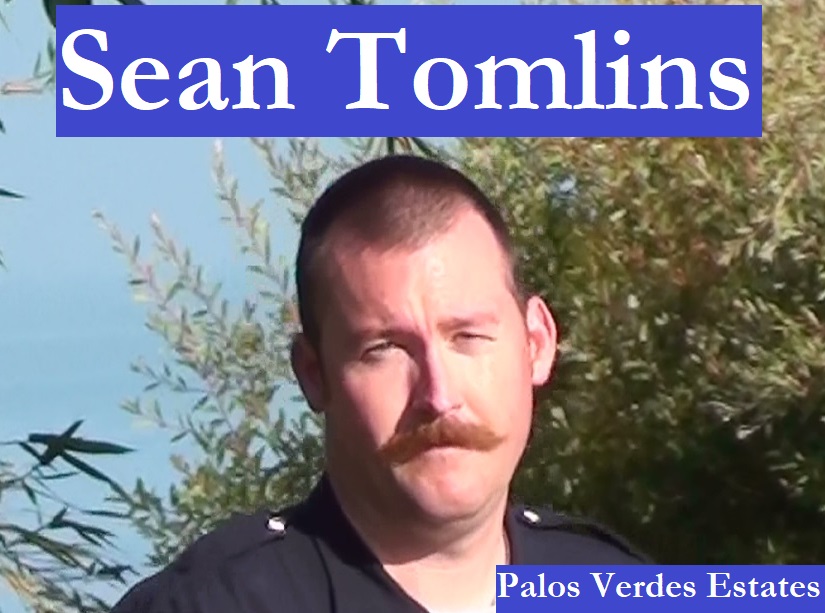 engaging in collusion with the false accuser.  Tomlins' misconduct also included multiple incidents of violating explicit PVEPD written policy requiring the PUMA audio recording of the false accuser's accusatory statements.  Sean Tomlins' apparent lack of dedication to his sworn oath seems to have led him to a very slow track within the department.

report the dialog between him and the false accuser, in a patently obvious effort to buttress false claims (that the District Attorney determined to decline to charge).  To Ken Ackert's credit, he diagnosed the false accuser as "emotionally traumatized" following a bizarre incident involving the false accuser's profanity-laced, paranoid mutterings relating to a recreational drone flying 200' over her neighborhood.  Four months later in an unhinged four-minute call to PVEPD dispatch to report that she could not log into a social media account, the false accuser admitted, "I sound like an insane person, don't I?" 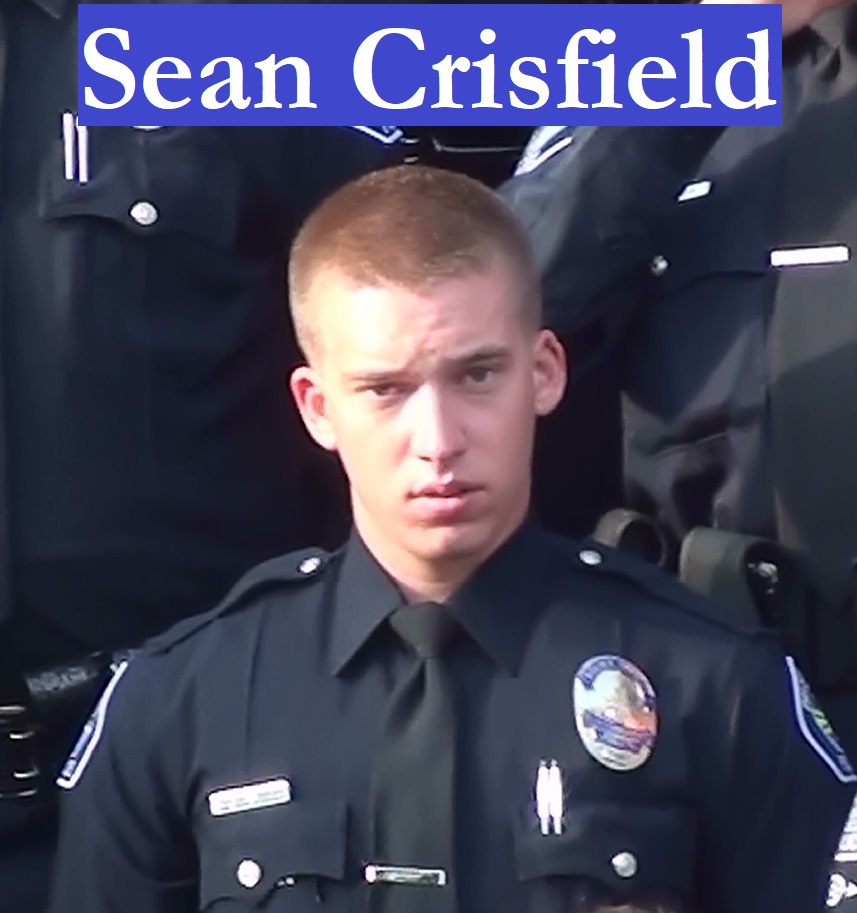 early police career.  Crisfield in 2018 conducted the corrupt PVEPD investigation of attempted Victim identity theft that was suspected to have been committed by Victim's false accuser or accomplice.  Sean Crisfield misconducted the process to the benefit of the alleged criminal by "slow walking" the evidence gathering process and neglecting to obtain or utilize basic elements of the alleged crime.  Sean Crisfield repeated this process during another alleged crime committed by the false accuser when in 2019 he determined repeatedly to neglect obtaining any statement from a prime witness who could corroborate the Victim's statements.  In 2021, Defendant.com received new allegations against Sean Crisfield from an apparent PVE resident accusing Crisfield of withholding and/or non-collection of relevant evidence in a domestic violence incident (see Comment Section below). 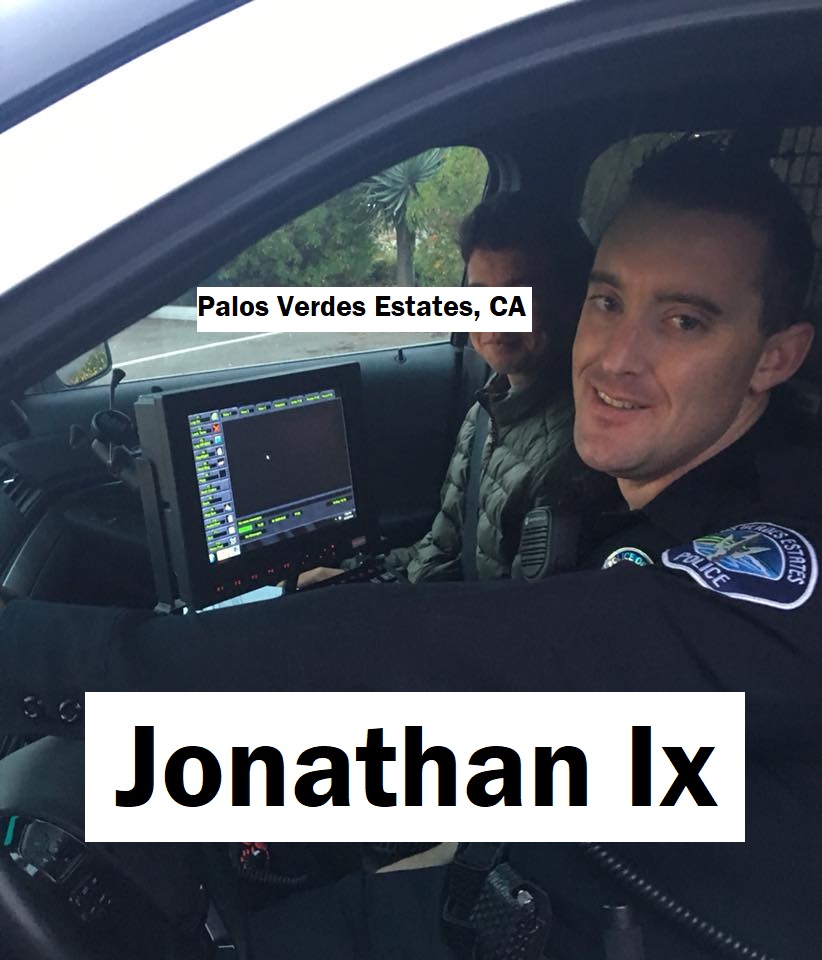 Jonathan Ix:   PVEPD officer Jonathan Ix's abuse of discretion established him as one of the most consistently misconducting officers in the department.  Officer Jon Ix has been recorded responding to repeated reports of illegal activity within the PVE community with actions of his own that have more acutely disturbed the same community.  Jonathan Ix's alleged misconduct were reported to Chief of Police Daniel Dreiling, who reportedly took no action to eliminate such misconduct.  Chief Daniel Dreiling is believed to have engaged in sham internal affairs investigations intended exclusively to defraud the community into believing he adequately supervises his officers who truly operate with essentially no oversight.