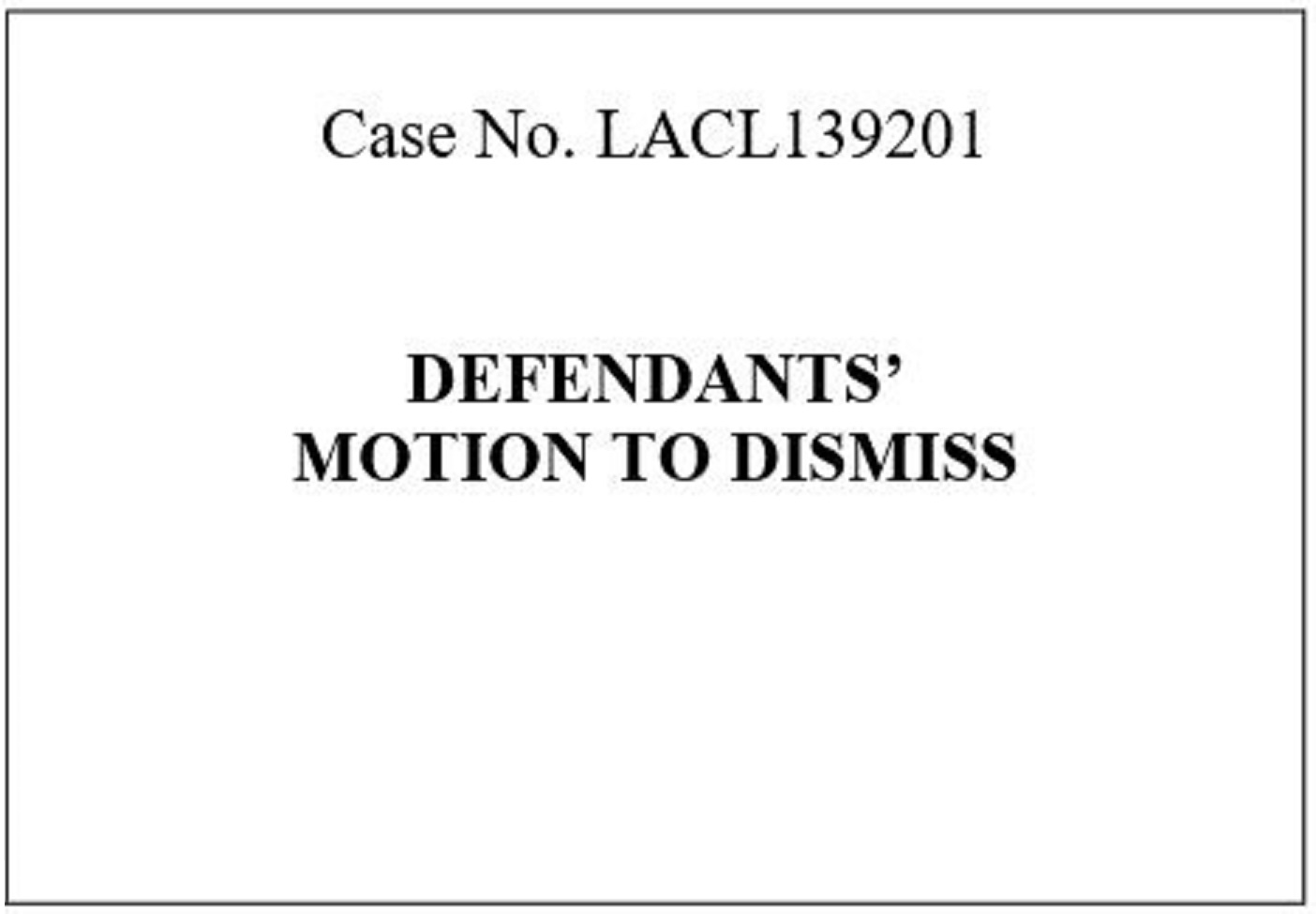 Exculpatory Evidence:  It is extremely likely that your false accuser has left a trail of bread crumbs both proving your innocence and impeaching her credibility.  Through legal discovery (subpoena) or otherwise, be resourceful in exposing the truth to the adjudicating party. In the case of Defendant.com's Backstory, exposing the false accuser as a unstable, deceitful individual unworthy of being believed proved quite easy.  She allowed herself on myriad occasions to be audio recorded by the Palos Verdes Estates Police Department and video recorded in public while engaged in behavior that impeached her credibility while exposing her insidious, irrational, unstable and vindictive character.  Furthermore, various neighbors provided the Victim written evidence of the false accuser's malicious, anti-social intent and desire to provoke the Victim into reactions that would be portrayed as violations of the illegal restraining order.

Evidence Suppression:  It is crucial that your attorney take advantage of every possible avenue to remove from trial all misleading or irrelevant evidence that would predjudice a jury against you despite your innocence.  This is accomplished by filing a motion to suppress.  Remember - you are innocent; accordingly, the prosecution may be relying entirely on such inappropriate evidence to convict you.  With no real evidence of any crime, all the District Attorney may have is evidence that is either a) suppressible by motion or b) doesn't actually prove the DA's case (see Demurrer motion below).  In some cases where this evidence is crucial to the prosecution, successful motions to suppress may lead to your case being thrown out before any trial can be held. In the case of Defendant.com's Backstory, the false accuser's own home surveillance video recordings disproved the ability to identify either the vehicle, driver, or the finger formation of the driver.  However, the false accuser had attempted to use "freeze frame fraud" (taking a single frame out of context) to mischaracterize as an allegedly nefarious act the falsely accused innocently resting his hand on the frame of his car window.  As a human does not possess the ability to freeze in his/her mind individual frames of moving objects, these freeze frames should not have been admissible.  That being said, it is notable that in the case of one of the two falsely alleged driving-related incidents, the freeze frame actually disproved the false allegation - providing further evidence that the District Attorney had chosen to ignore any and all exculpatory evidence in her misguided pursuit of social justice.

Demurrer Motion:  Increasingly in maliciously prosecuted cases, the falsely accused is alleged to have broken a law based on actions that itself simply are not illegal.  The District Attorney probably is not so ignorant or incompetent not to realize this legal deficiency.  Instead, the DA may be attempting to obtain social justice that comports with his/her view of how society should operate, rather than the law that currently governs society.  to put it differently, the falsely accused's behavior doesn't break state or federal law but breaks the District Attorney's fantasy of what the law should be.  Alternatively, the District Attorney may be attempting to punish the falsely accused for other crimes that the DA has been led to believe the falsely accused committed but for which there is not a shred of corroborating evidence allowing even thinly justified prosecution.  Your defense attorney should submit a Demurrer motion to get any such charge dropped.    The demurrer essentially states, "So what if my client did what was described in the complaint?  It's not an illegal act."  In the case of Deputy District Attorney Elicia Stoller, nearly the majority of invalid and later-dismissed charges were of the "So what?" variety.  Please see Defendant.com's home page for more information.

Tolling Agreement:  If your case involves false allegations of violating an illegal/invalid restraining order, insist your attorney, before charges are brought improperly by the DA, obtain a tolling agreement that allows him to argue, through a detailed legal document (click here), reasonable doubt that the order is valid.  One cannot violate an illegal restraining order, and that order may be under appeal.  In that case, as it should be easy to prove to the District Attorney that there is reasonable doubt that the restraining order is legal in the first place, a responsible District Attorney should agree to toll the statute of limitations as both parties await the decision of the appellate court.  In the case of Defendant.com's Backstory, unfortunately defense attorney J. Patrick Carey did not exhibit the competence or fortitude to use this tactic that may have stopped the District Attorney from bringing invalid charges.

Excessive Defense Preparation:  One must be careful that in preparing your defense against your false accuser, one does not behave in a way that could be characterized as supporting the false accuser's mischaracterization of you in the first place.  Specifically, you may be tempted to go "full court press" in gathering exculpatory evidence, through depositions, subpoenas and even a private investigator.  However, by doing so in today's "easily offended" world, one risks appearing to be the very fearsome individual that your false accuser so very badly wants to portray to judge and jury.  Thus, it is crucial to find the right balance. In the case of Defendant.com's Backstory, the Victim strategically engaged in literally no pre-trial discovery.  As there was no credible evidence of the alleged offense having occurred, the Victim wisely determined to preclude his false accuser any unnecessary opportunity to buttress her false claim with further false statements intended to adorn her accusations.  This strategy proved vital to the Victim's success, as the official record from which his false accuser could fish for supporting evidence was extremely shallow.